COSMEC GROUP Battery assembly line is a complete machine composed by various sub-stations. They are all connected by a common conveyor belt for automatic assembly of all types of batteries. The rapid change of battery type guarantees the wide range of batteries produced in the factory.

The short-circuit tester is designed to detect short circuits in case of moist plates and separators. The machines allow the checking of the six groups inserted in the boxes; the test may be regulated by a potentiometer of voltage from the controlpanel.

In case a battery does not pass the test, it will be ejected on the first ejection station without any intercell welding process.

The machine ensures that there is no short-circuits between different cells of the battery.

Position adjustment along X and Y axes of the probes is guaranteed by a servomotor drive. 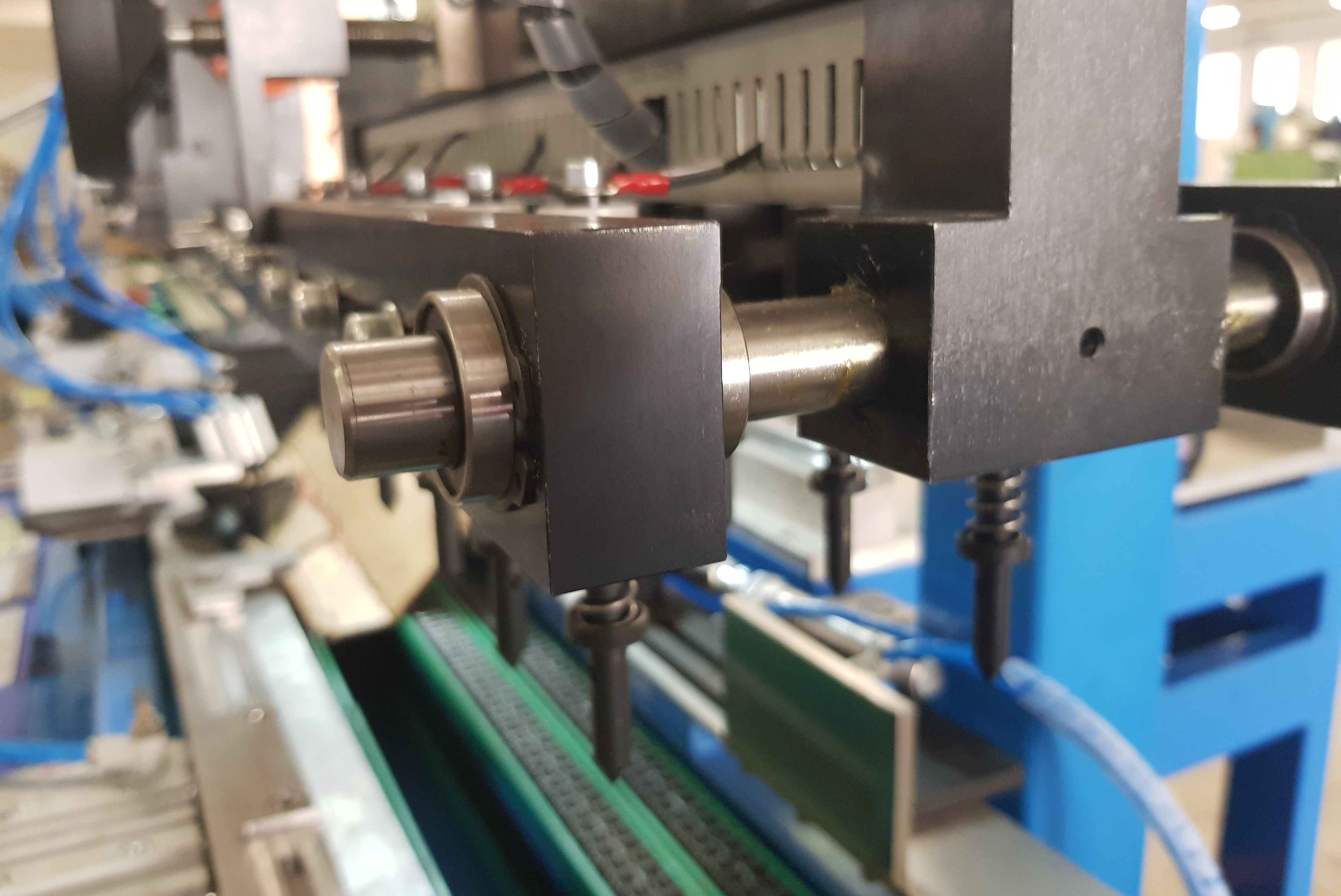 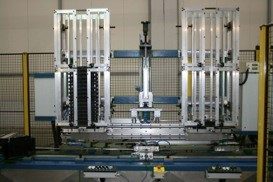 The machines is used to seal the lid to the box through thermowelding of both. 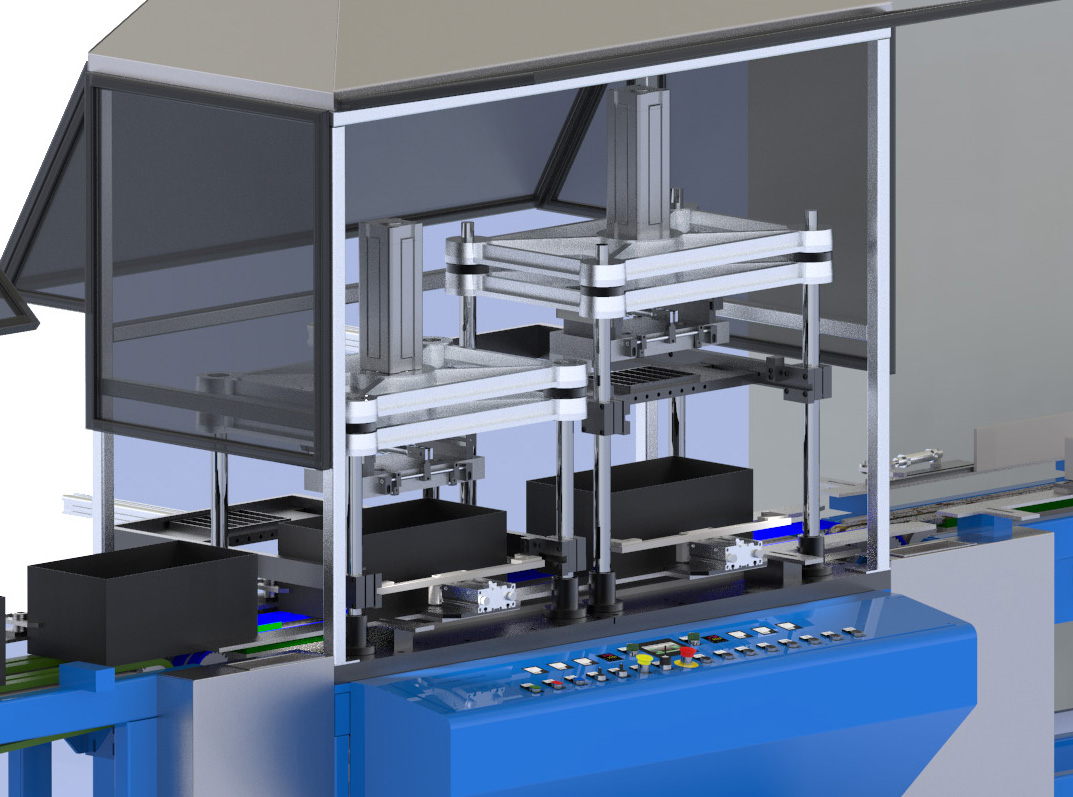 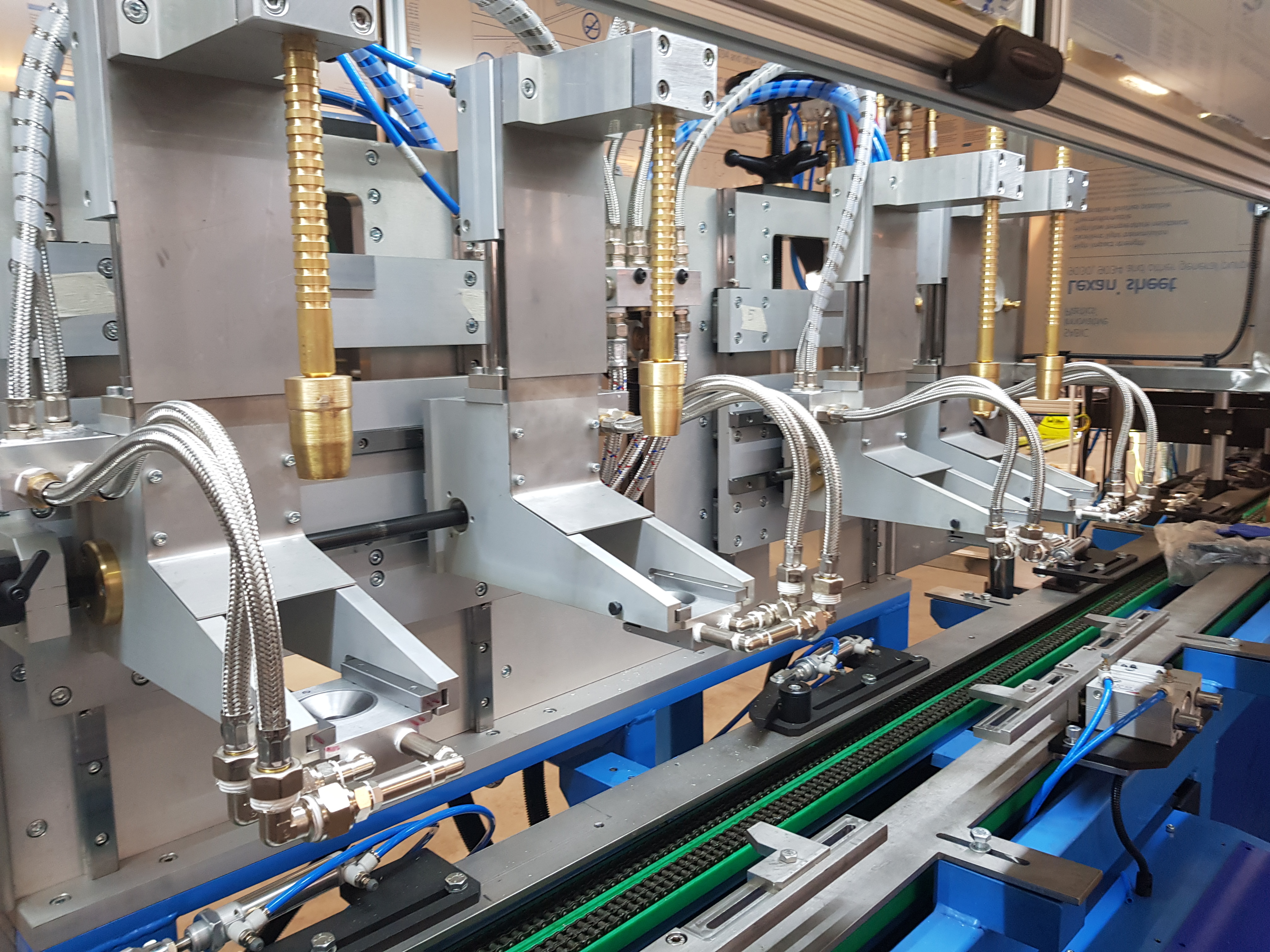 The machine tests the presence of damage on any internal or external wall of the battery as well as controlling the sealing of the cover. The leak detector is pressure and vacuum operating in the same time in order to check all cell of the battery in one cycle time. If any leakage causes a pressure and/or vacuum change the PLC gives one signal alarm. The sensitivity of the detectors can be adjusted according to the Customer’s quality standard. The set-up of the machine including the possible tool changeover, which covers a wide range of batteries, requires only few minutes. The head is equipped with six adjustable padded nozzles for injecting compressed air into the even battery cells and creating vacuum into the odd ones. The air and vacuum are fed into the battery until the pre-set values.